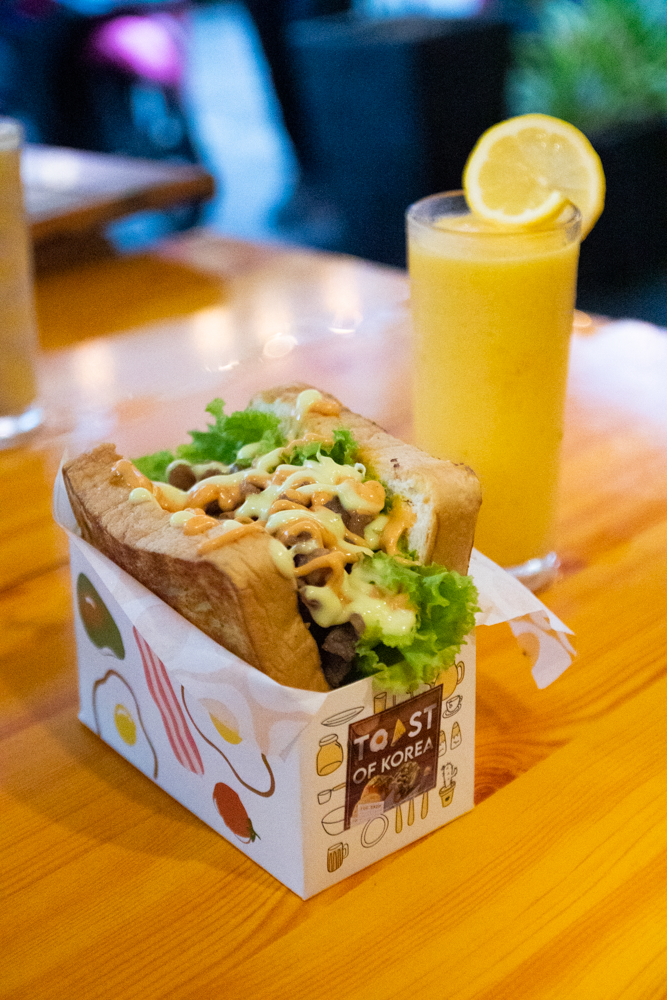 If you haven’t heard about Uju, a cute character in the Korean series, Hospital Playlist, it’s okay. There’s no jail time for that. But if you’ve been eyeing the egg drop sandwiches you’ve seen on your feed, Uju is one of the reasons why it became so popular.

Egg drop sandwich is made out of fluffy scrambled eggs, ham or bacon, and cheese.

Say Hello to the Egg Drop Samgyupsal Sandwich in Naga

Normally served in huge portions, finishing the original recipe of the entire egg drop sandwich can be not-so-easy, considering that there’s also a ‘sawa factor.’ But fret no more because we just found out about this newest Egg Drop Samgyupsal Sandwich in Naga.

Toast of Korea’s owners carefully designed their sandwiches to fit our Pinoy’s taste. Hence, they decided to make use of Samgyup instead of the usual ham and bacon egg drop sandwiches that we’re accustomed to.

And true to its claim, there is no ‘sawa factor’ in the Egg Drop Samgyupsal sandwich. This one is the bomb!

If you’re wondering what’s inside this new Samgyup Egg Drop, it’s made of GRILLED CHEESY GARLIC LOAF BREAD with SUNNY SIDE-UP EGG, LETTUCE, COLESLAW, SWEET CORN, and MARINATED MEAT or SEAFOOD plus a lot of SIGNATURE CREAMY SAUCES or DRESSINGS!

We personally enjoyed their best-seller, Beef Bulgogi. Below are their variants for every taste bud!

As a way of giving Naguenos the first dibs for their Samgyupsal Egg Drop Sandwich, Toast of Korea offers a BUY 6 GET 1 Promo. Thus, you’ll get one extra piece of sandwich for free if you buy six sandwiches.

Truly, this is the perfect food if you’re spending time with friends, or eyeing some pasalubong for the family!

They are located in Samgyupsal House Naga (in front of Villa Caceres Hotel) on Magsaysay Avenue, Naga City.