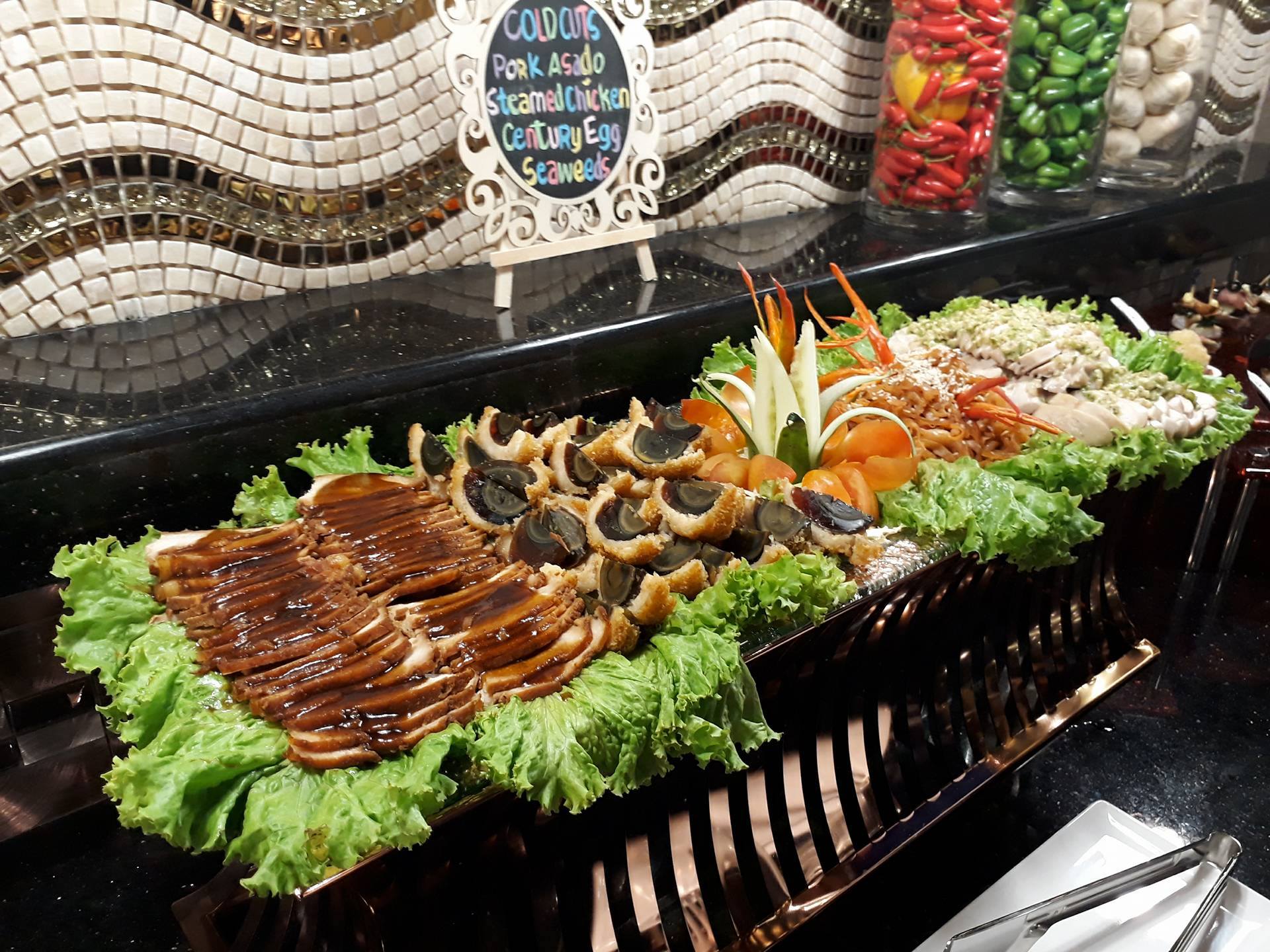 Most of us have probably long accepted (I know I had) that a Naga City buffet restaurant approaching the likes of Vikings and Yakimix is still much too much of a gamble – a burden, even – in a relatively small city like Naga. There’s no denying the fact that Nagueños love to eat; but providing a mountain of food choices for a single cover charge to a limited market (definitely limited compared to that of Metro Manila) is risky, to say the least. But Mr. Robert Obiedo of Villa Caceres Hotel is obviously a man ahead of the times, for he broke all such notions by launching RJ’s Buffet, effectively creating an entirely separate buffet restaurant category right here in Naga City. 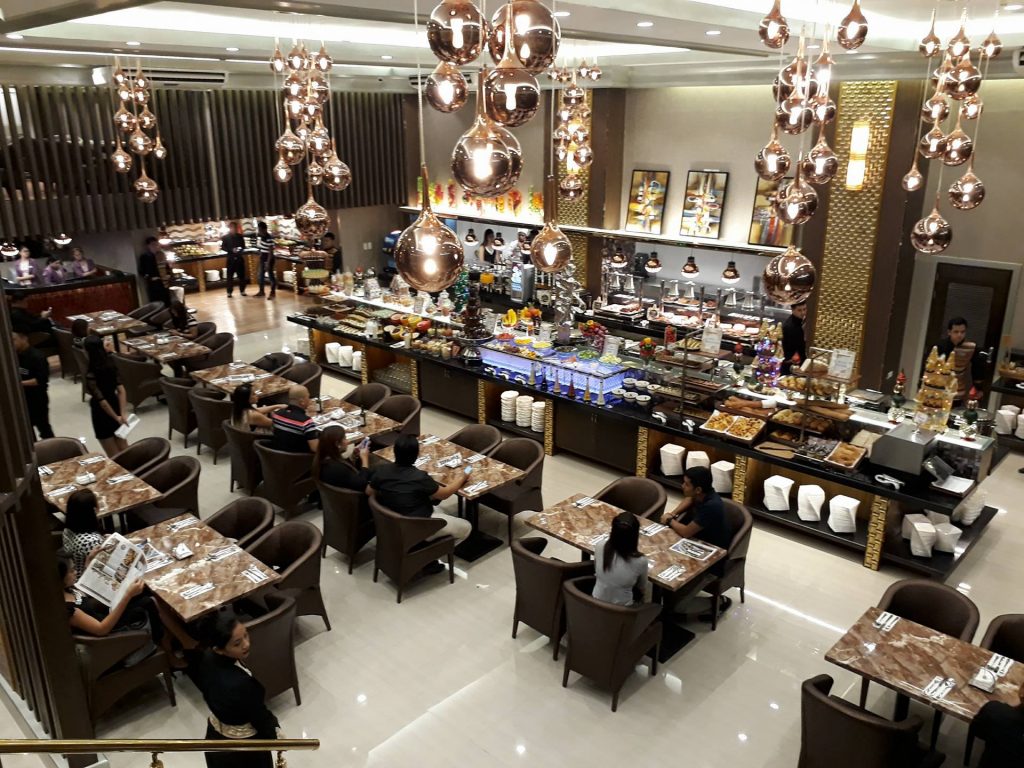 RJ’s Buffet is one of the food outlets in Villa Caceres Hotel. It officially opened on December 7, 2017, but we at Naga City Guide were given a glimpse of the variety it offers diners in the Media and Event Suppliers Night last December 4.

[Jump to the schedule and rates]

So My husband and I, again with our 7-month-old son in tow, made our way to RJ’s Buffet that night, signed our name on the guest log, went inside the buffet hall (which used to house Bistro Roberto), and stopped dead in our tracks. Yes, we’ve seen bigger buffets and bigger halls in Metro Manila. But we weren’t expecting to see anything remotely like it at RJ’s Buffet – and there we were looking at it. 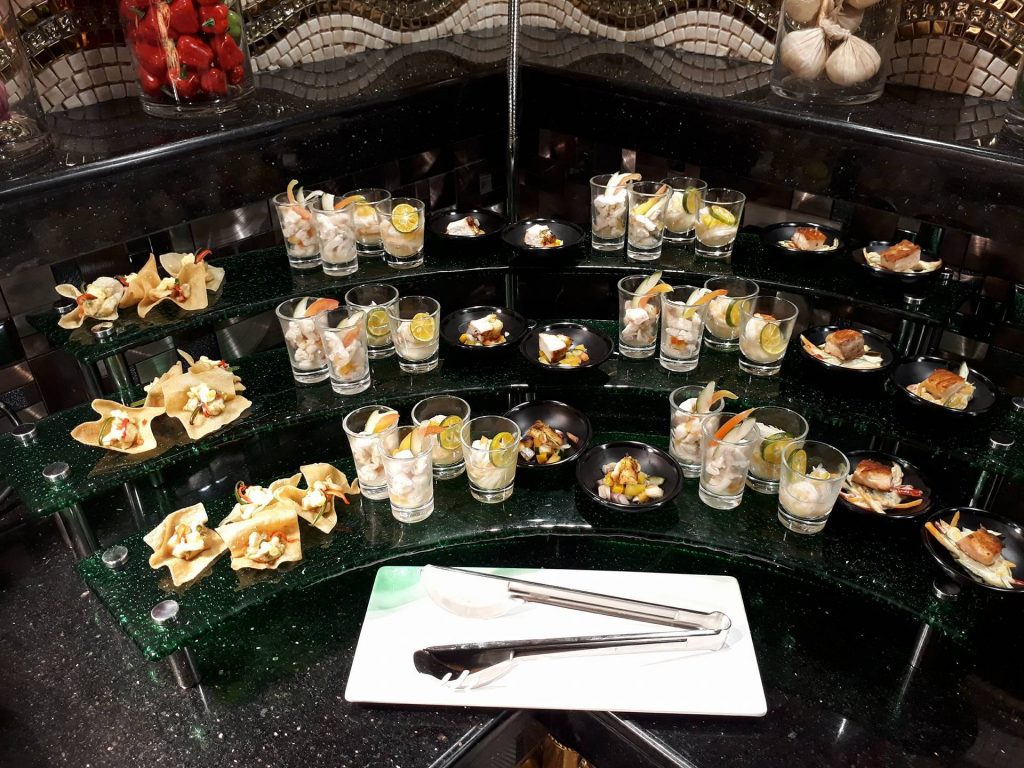 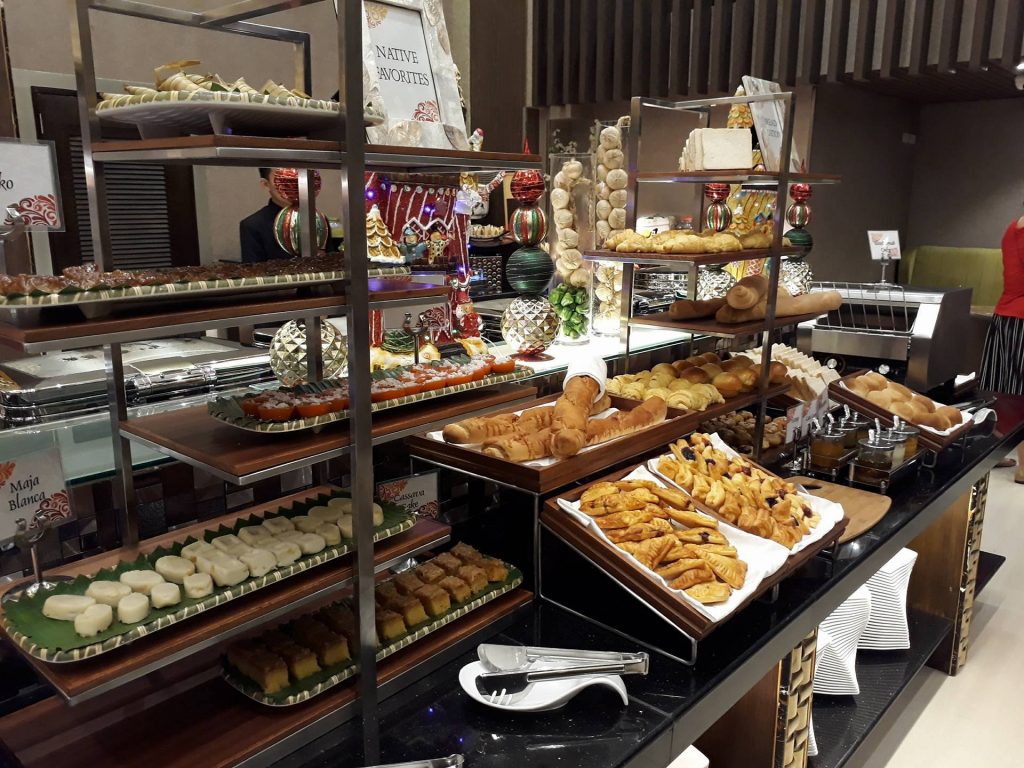 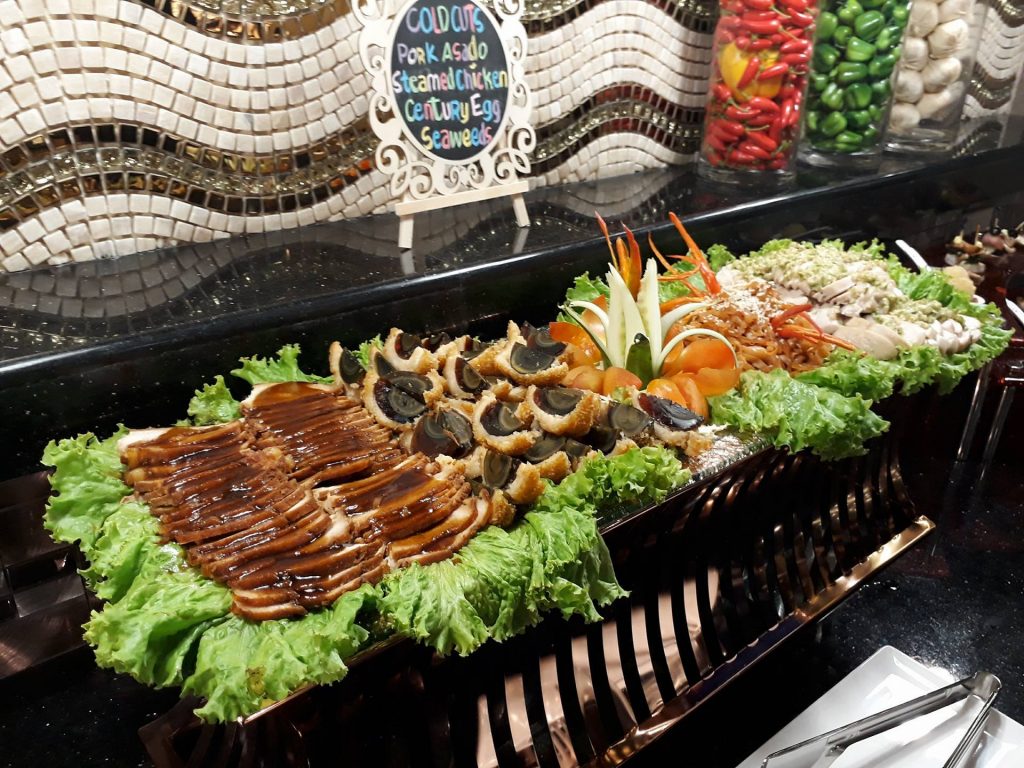 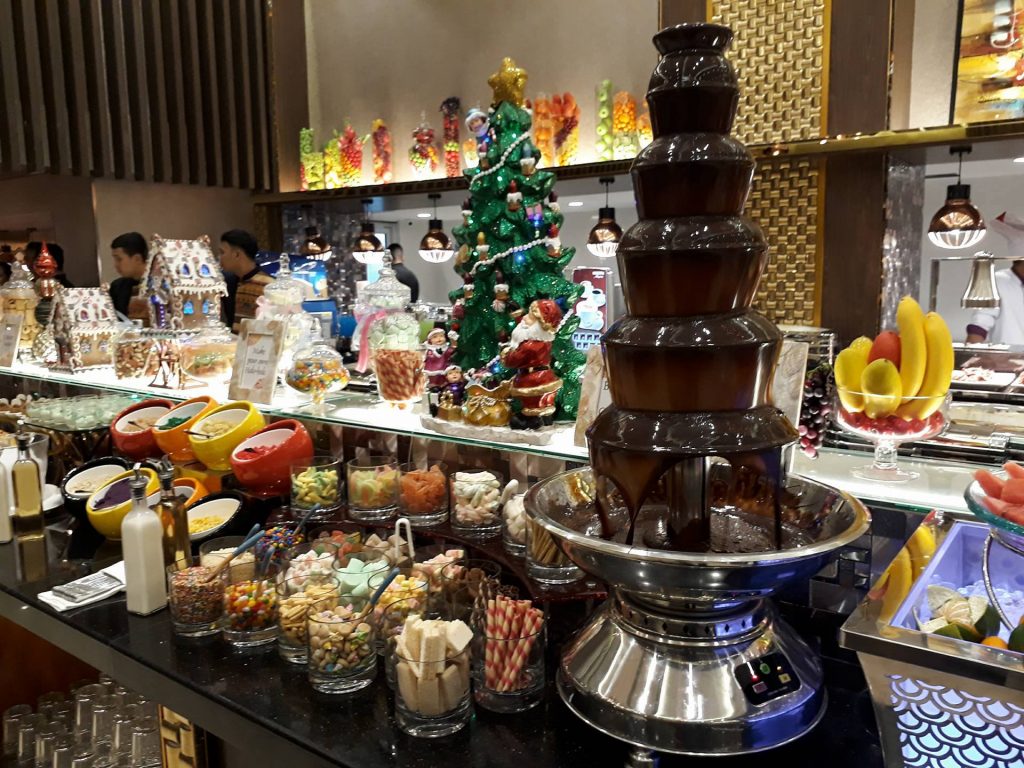 So like kids in a candy store, we roamed around and started looking everywhere all at once. Every section was a discovery, and we couldn’t stop ourselves from making embarrassing cooing and oohing noises . It was just too much to take in that I gave up midway to sit in a corner. 😀

Suffice it to say, we were duly impressed. 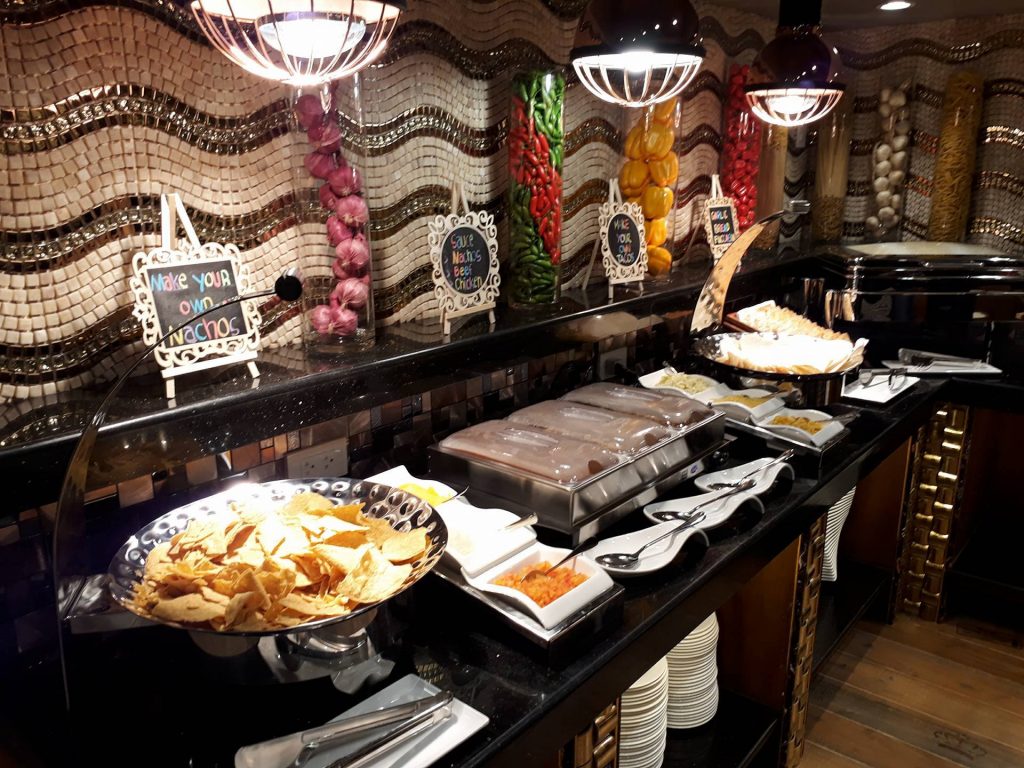 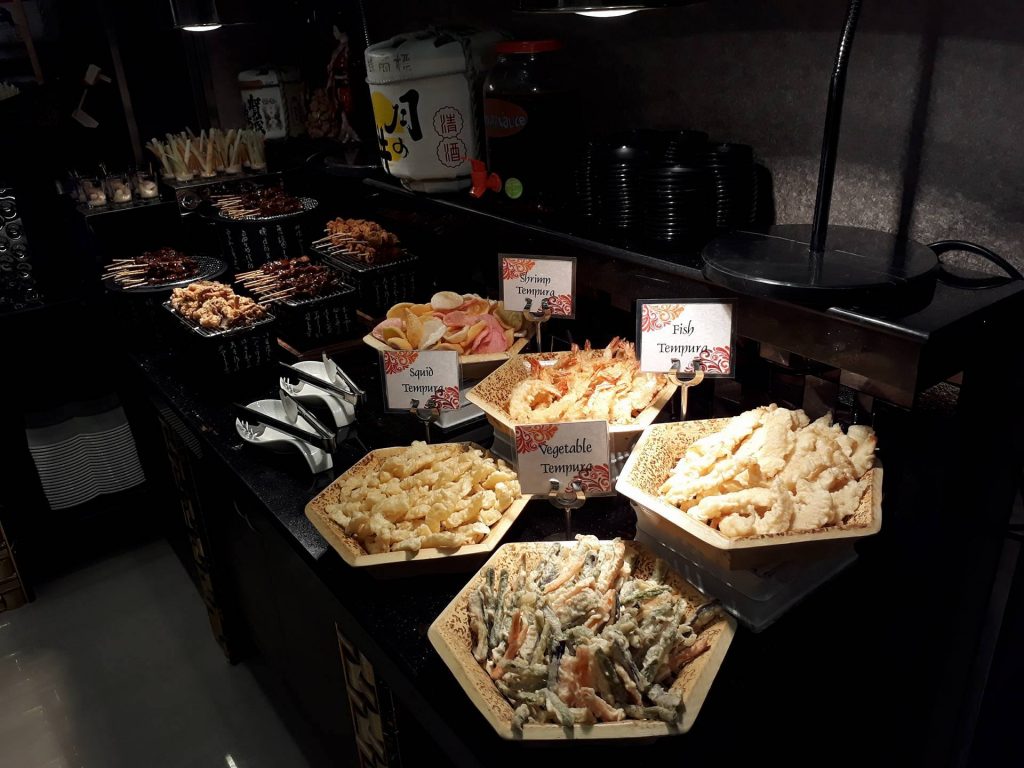 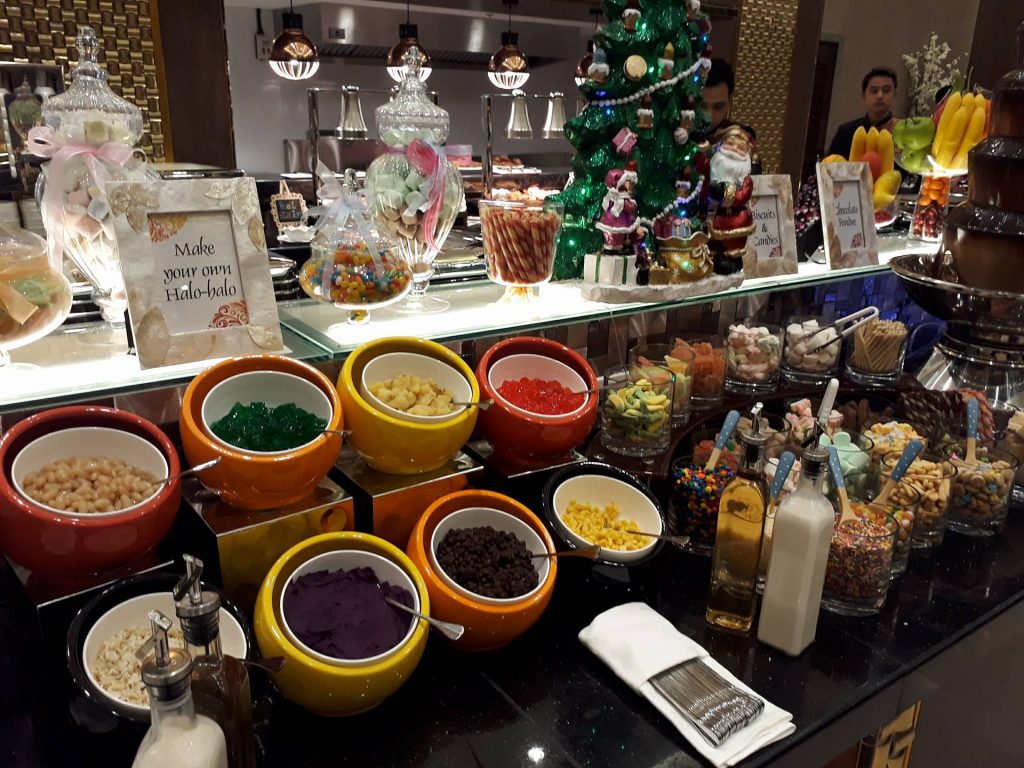 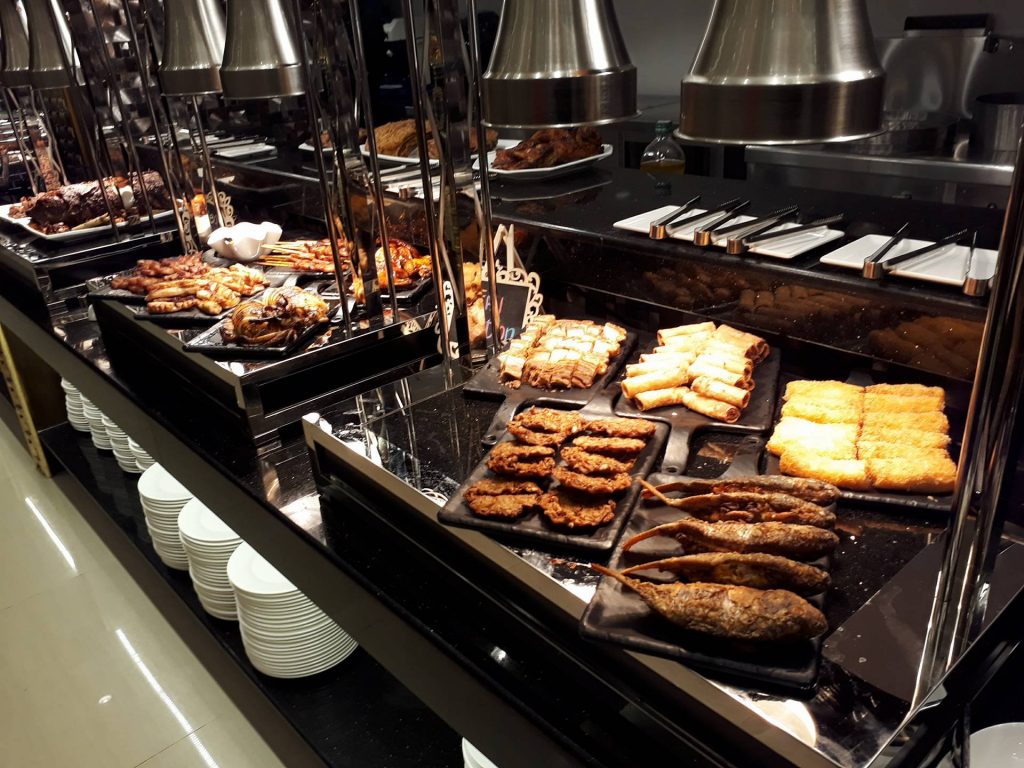 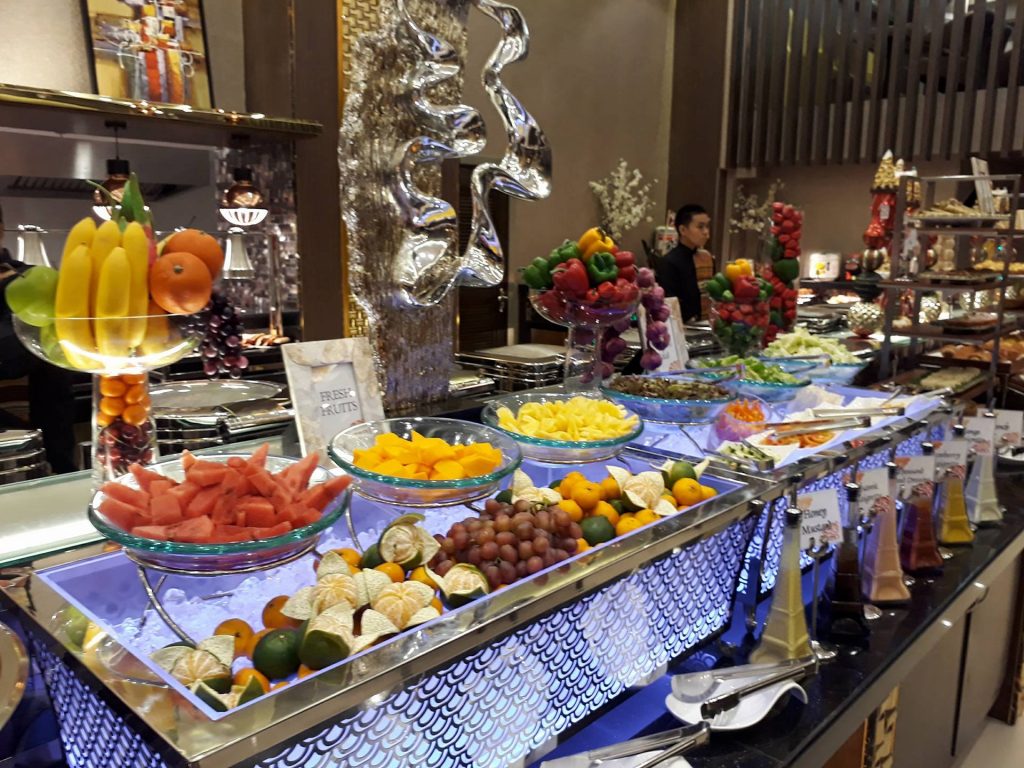 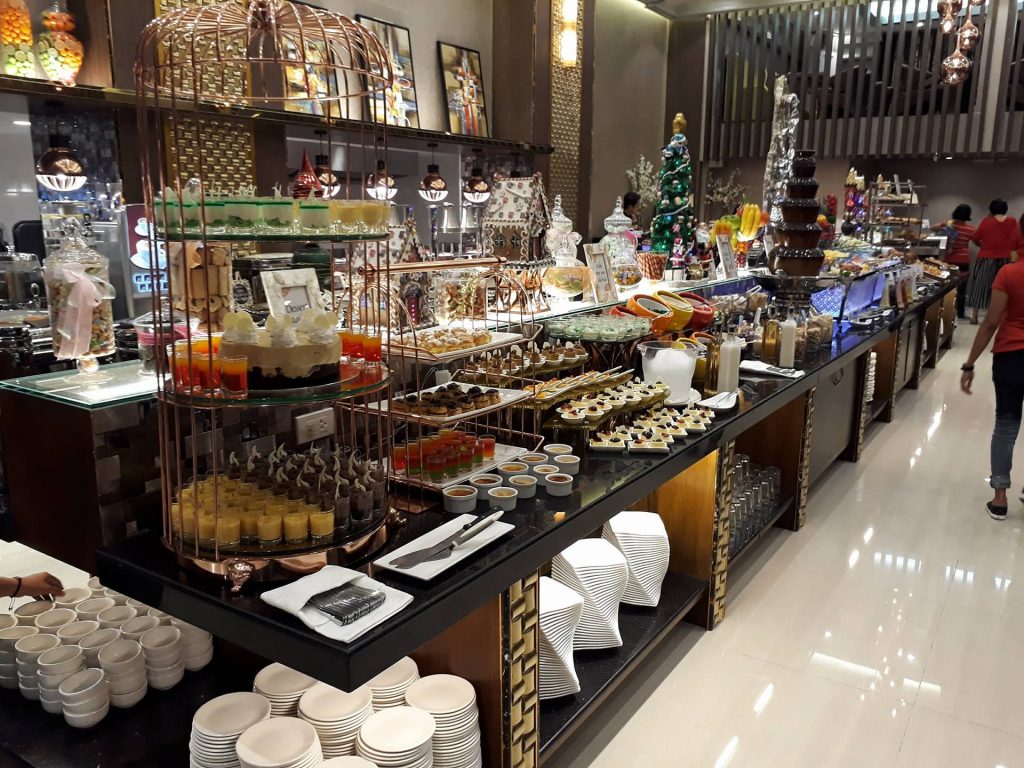 It was a lot to take in. There was a sushi section (my favorite), and other Japanese food goodies (think Yakitori, tempura, etc). There were cold cuts, fried stuff, grilled things (including seafood). There were Bicolano favorites (laing, pinangat, Bicol express, etc.), Filipino favorites (humba, kare-kare, dinuguan, lengua, etc.), Western dishes (roast beef, among others), all sorts of canapés and other Hors d’oeuvres, all manners of cakes and sweets and desserts, breads, native snacks/delicacies, cold cuts, all kinds of juices and drinks, a nacho station, a salad station, a fresh fruits section, a halo-halo station, a chocolate fountain with the works, and lots more I’m sure I missed. 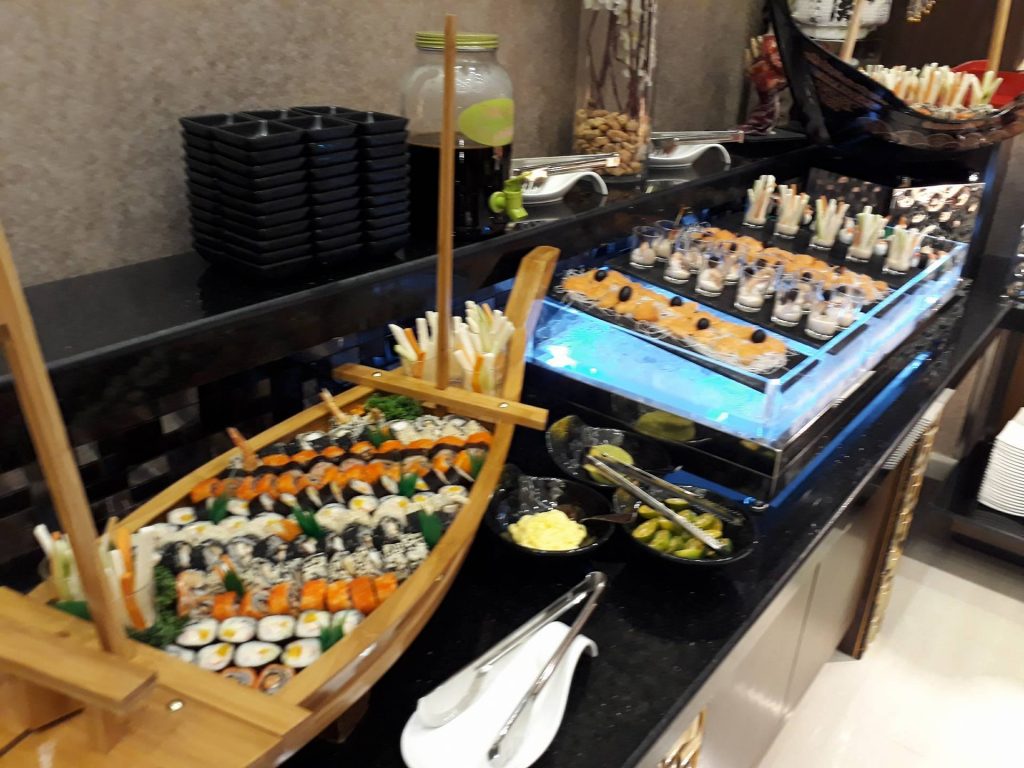 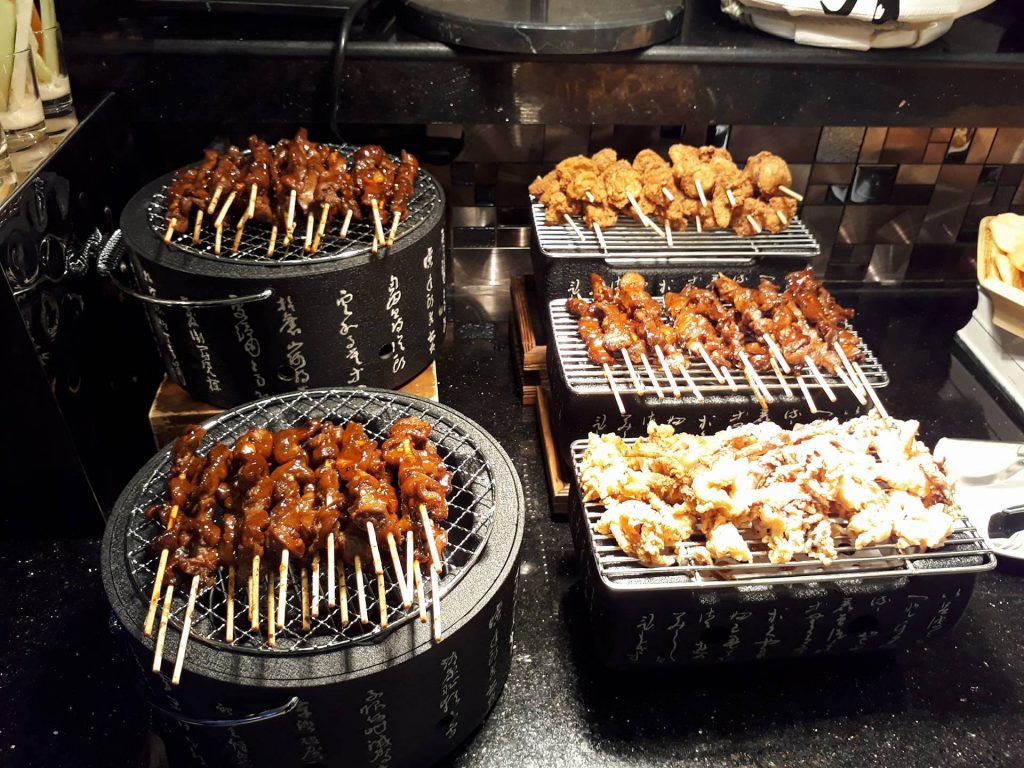 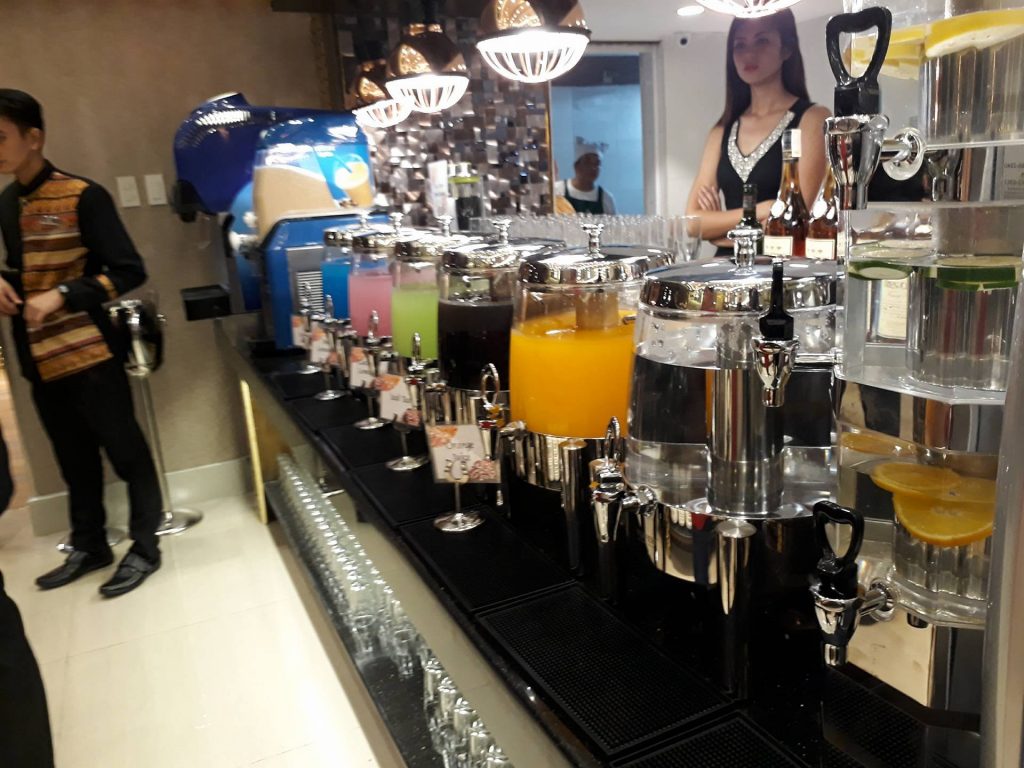 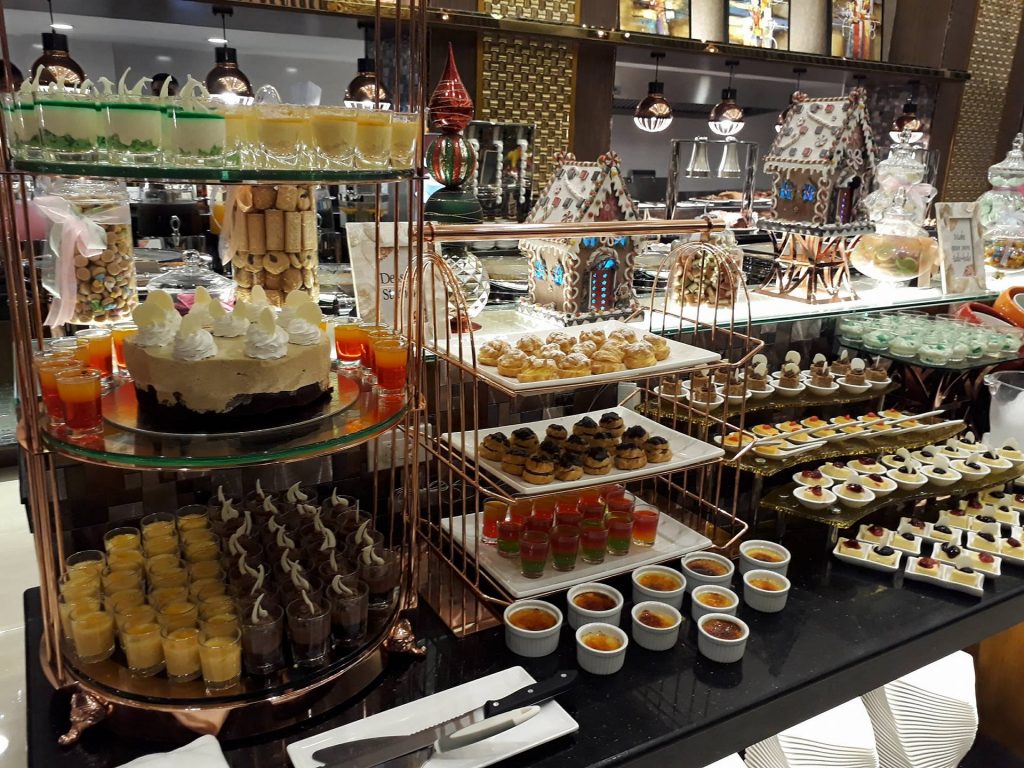 And RJ’s Buffet’s tagline is Fiesta All Day. Easily explained. A lot of food (and drinks) available everyday, all day (Breakfast, Lunch and Dinner) – what could be simpler? 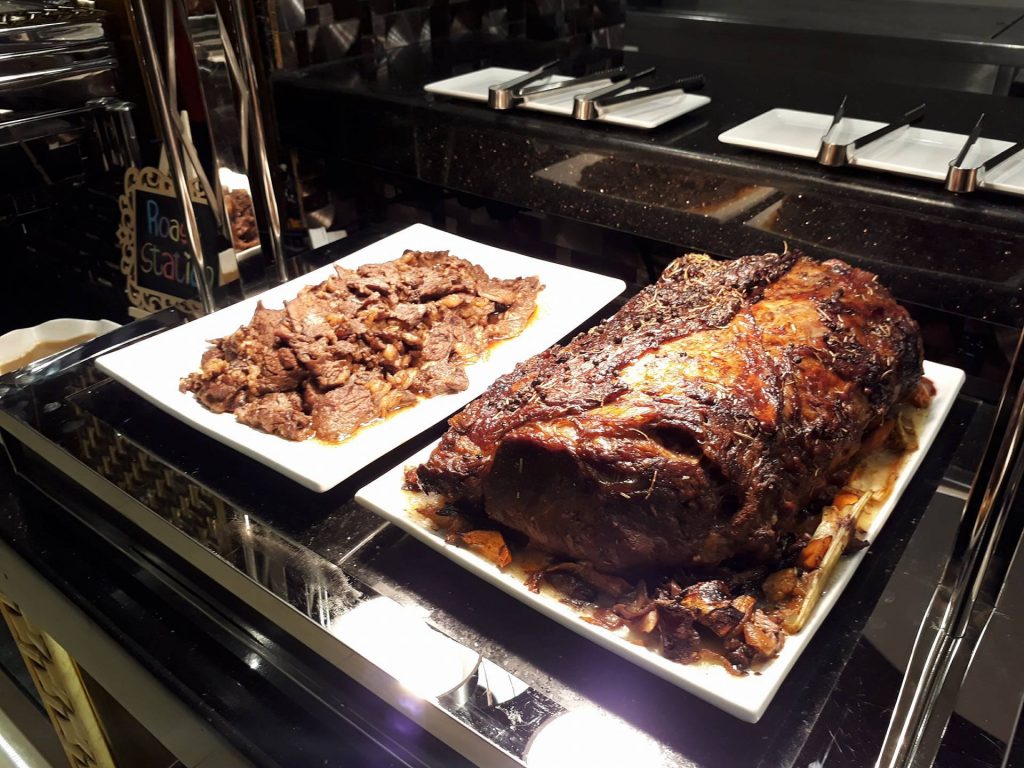 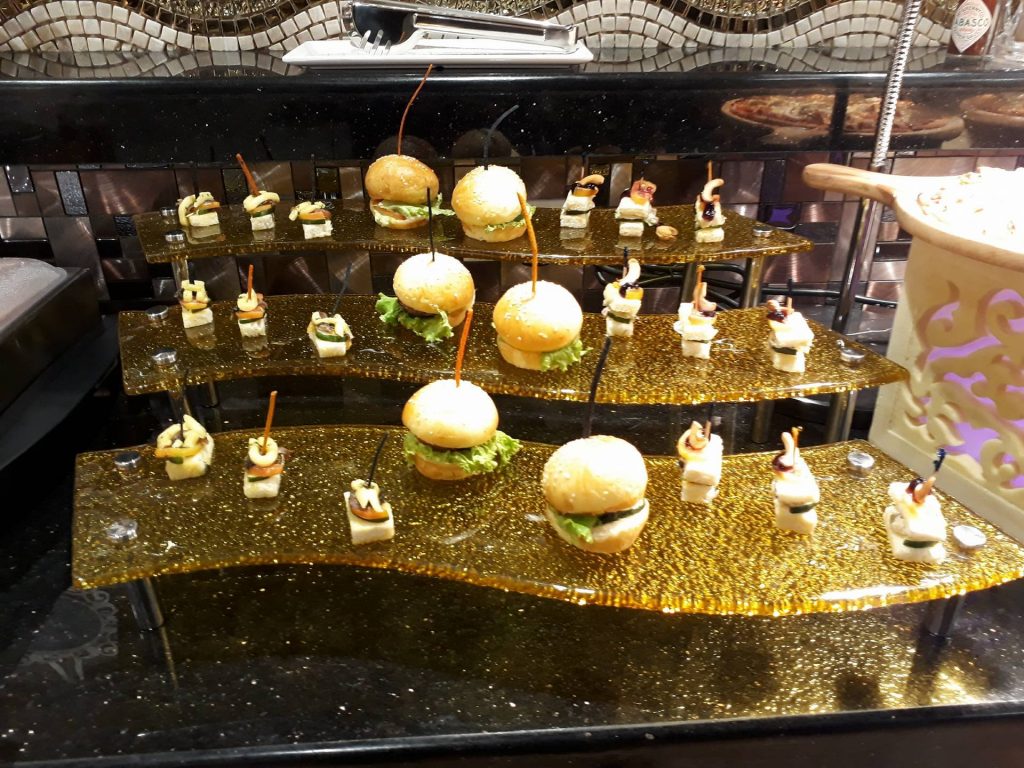 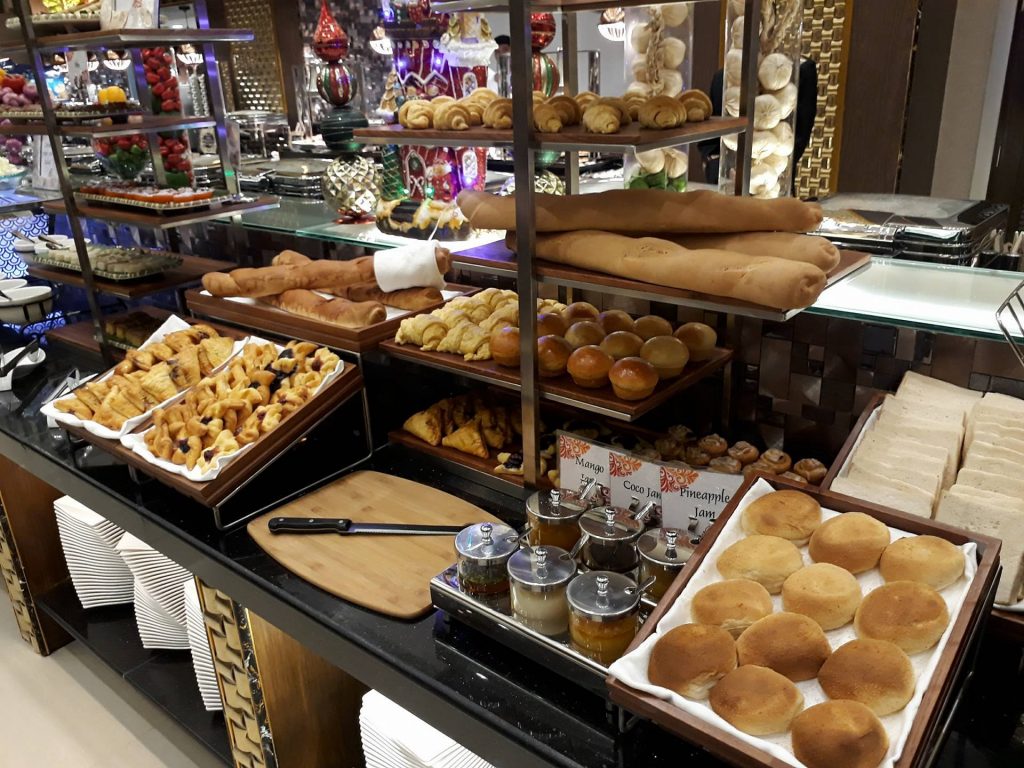 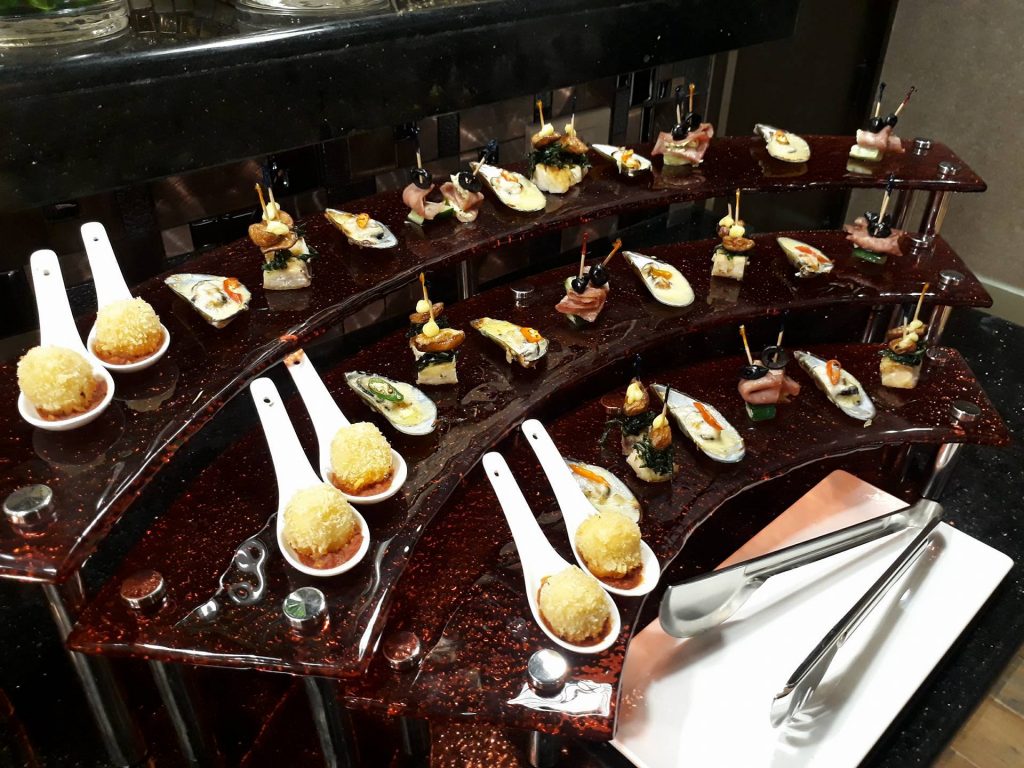 Hungry yet? I know, I am. Just recalling all that food is making me crave more of the same. So for all of you out there who wish to give RJ’s Buffet a whirl, below are the pertinent details.

2 Responses to “Goggle-Eyed at RJ’s Buffet”