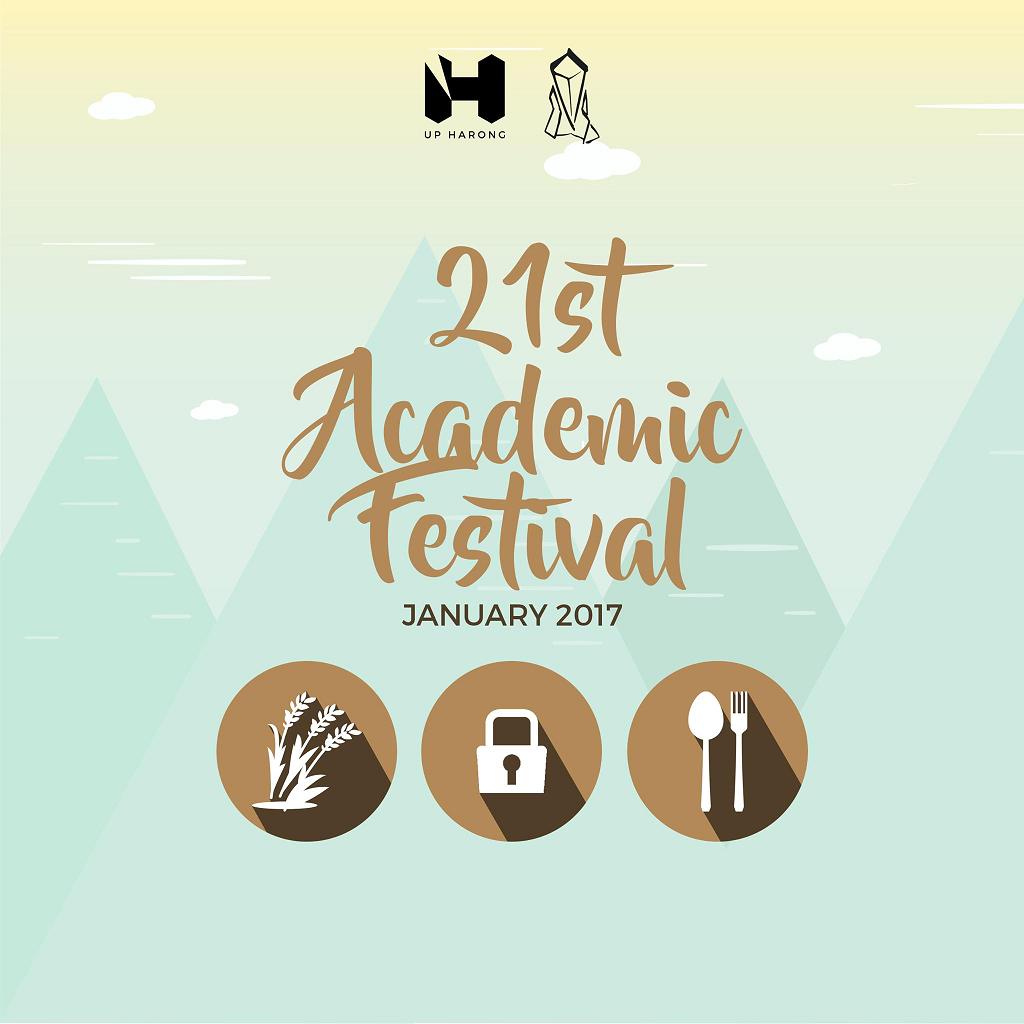 Established in November 1995 with the aim to serve and give back to their beloved mother province, the University of the Philippines Harong serves as a ‘home away from home’ for UP Diliman students coming from the province of Camarines Sur and the cities of Naga and Iriga.

The primary advocacy of the organization to contribute in the social and academic development of the Bicolano youth has taken the form of holding our annual flagship project, the Academic Festival (popularly known as AcadFest). For twenty-one years, AcadFest has been considered as the single biggest educational endeavor ever created by any youth organization in Camarines Sur.

Upon the shift of the Aquino Administration to the Duterte Administration, thrusts and priorities of the governmenthave also shifted. Having greater focus on countryside development, the government aims to alleviate poverty throughstrengthening the agriculture sector and promoting food security. With the Bicol region being considered as an agriculture giant having the largestagricultural area and ranked second in terms of people employed in the agriculture sector across the country, UP Harong believes that food security, among others, is a matter of great importance and relevance to all Bicolanos.Hence, this year’s theme is: “CULTIVATING THE FIELDS: The Youth Venture for Capacity-Building towards Inclusive Food Security.”

The Theme: Cultivating the Fields

In a country where the prime crop is rice, securing a stable food supply is very much needed. However, food security doesn’t end with food production; it comes a long way from obtaining the seeds to plant all the way to the cooked meals on our tables.

Food security, in the same way, is intertwined with many social and economic problems in our country such that of hunger, malnutrition, poverty, illiteracy, economic instability, agricultural disputes and many more. Thus, it is a concern that does not only require the involvement of the government nor the farmers alone but rather, of every single Filipino, old and young.

This year’s AcadFest aims to challenge the Bicolano youth to look beyond these issues and problems by forwarding the advocacy of achieving food security through its four dimensions – AVAILABLE food choices must be nutritious, ACCESIBLE food supply must be secured, ADEQUATE food production must be ensured, and SUSTAINABLE food consumption must be practiced.

UP Harong’s 21stAcademic Festival will be held at the Ateneo de Naga (Pacol Campus), Naga City from 4-7 January 2017.